Misuse of blasphemy law “earning a bad name for Pakistan”

Tabita Gill is a Christian woman who worked as a nurse in a State-run hospital in the port city of Karachi.   As per her daily routine, she was performing her duties in the hospital on January 28, 2021, when some people attacked her, slapping and kicking her. All this was filmed and the video […] Read more 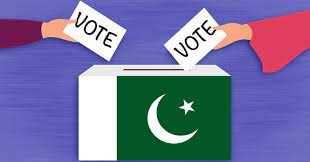 Before 1999, the religious minorities of Pakistan had the right to elect their political representative through a direct electoral process. The Musharraf regime in 2002 brought reforms and revised the electoral rules through which minorities were given the right to vote for general seat candidates from the majority of community members in their respective constituencies. […] Read more